Franklin Fire & Rescue was formed in 1911 after the completion of the Town of Franklin's first water system. Before 1911 the only form of fire protection in Franklin was a bucket brigade of citizens. The departments first piece of equipment was a hand push cart that carried hose and tools. The department's first motorized piece of equipment was a model T Ford called Ol' Betsy. Franklin used Ol'Betsy up until the late 20's when the town purchased a Graham Brothers Dodge as its replacement. The Dodge is pictured below with the 37.

The Fire Department operated out of this small building on the corner of Church Street and Iotla Street for years. The building was used by the First Baptist Church of Franklin, North Carolina but is no longer standing.

In 1987 Franklin Fire moved to a new home at the corner of Maple and Palmer Streets. This location today houses Franklin Fire & Rescue and has been expanded from the original plan. 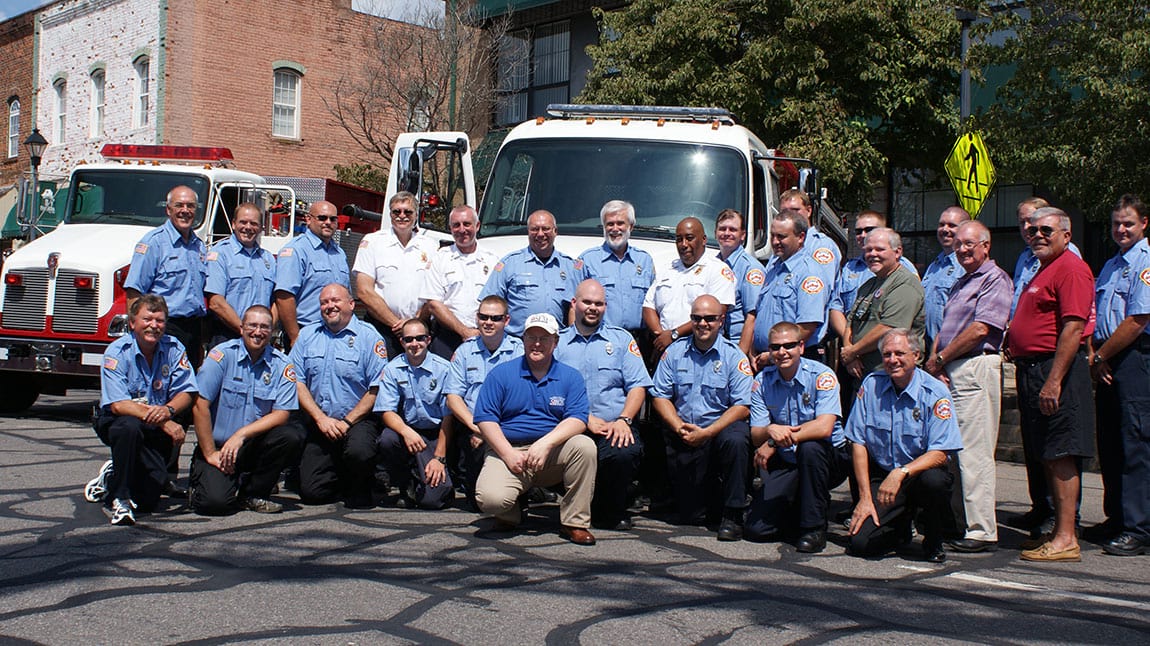 This photo was taken at Franklin's 100th celebration on July 21, 2012 during the Franklin Folk Festival. State Fire Marshal Wayne Goodwin was present during this event and is pictured in the front.